TetZoo.Con 2019… a throwback to better times looking into​ the future.

As far as biology-oriented meetings in England this TetZoo one has finally proven that this is the kind of gathering place for anyone interested in all things Paleo. Well organised,  the atmosphere was simply extraordinary, for old times sake!  We definitively had fun with this one…

Although I personally had little time to attend the talks, the ones I attended (like Rebecca Groom‘s painstakingly detailed making-of Paleo Plushies) were not only interesting but extremely detailed and well documented…  I was lucky enough to exchange a couple of my things for one of her precious Anchiornis paleoplushies 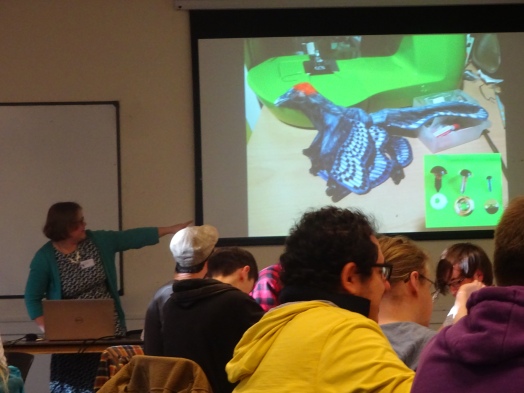 We had a stall of course. Carmen was very interested in exhibiting some of my old artwork, including pieces for Bob Bakker’s “Dactyls”, but I was much more interested in presenting for the second time ever my new book Extreme Dinosaurs Pt2 The Projects. Sold a few copies but unfortunately, they had to be all paperback  (a very limited edition)… the hardbacks didn’t arrive on time for the meeting!

This has >today< changed… more on that later! 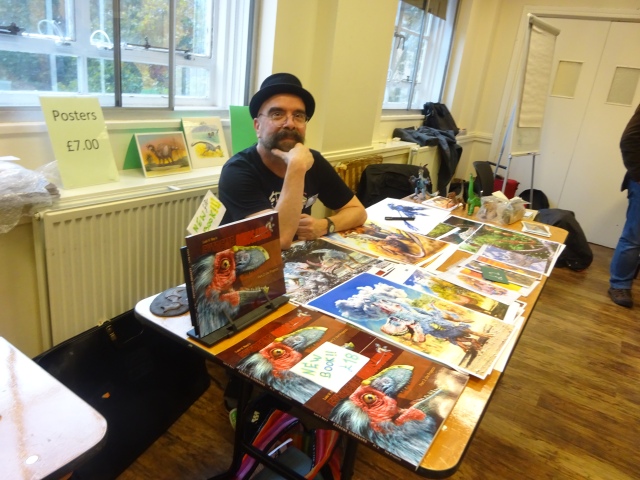 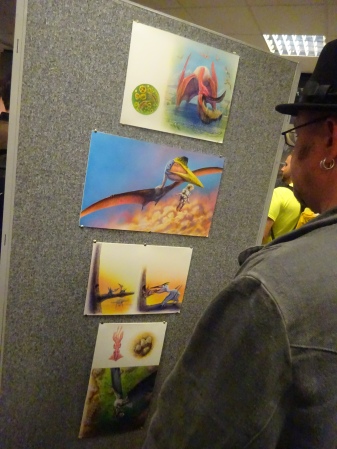 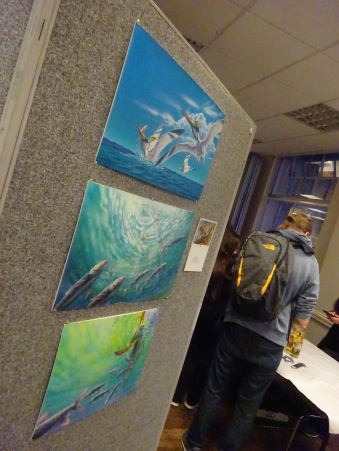 Excellent paleoart exhibition cleverly organised in a few minutes by John Conway and ourselves. The revelation was that the old artwork ‘relics’ I exhibited caused quite a stir… I was amused when I saw a lot of people were touching the painterly relief texture of things like the first and fourth instalments of the “New Chinese Revolution”… it felt good to have a bit of a cardboard  throwback for a change 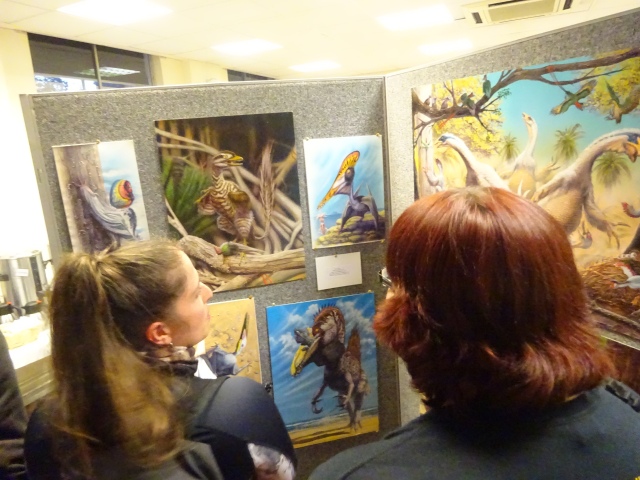 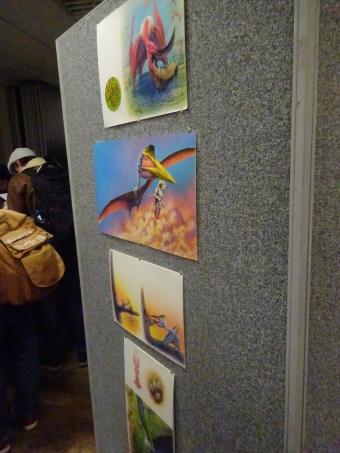 We had some meaty discussions with students and attendants… appreciated that very much…. Here’s Dave Hone posing with his beloved pterosaurs (only a close second to Tyrannosaurus these days)…and only James Pascoe wanted me to do a quick drawing in his book… I duly did it, even with my bad finger!. 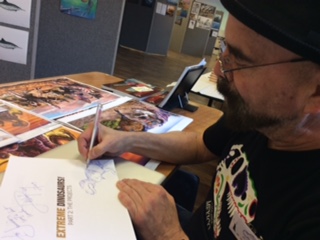 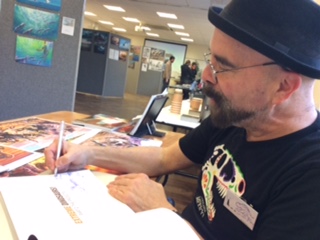 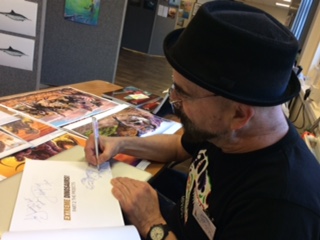 So Darren Naish and John Conway have done once again, and I hope the meeting gets bigger every year. It deserves it.  In between all that I appreciated the company of Georgia MacLean-Witton, Mark Witton, Rob, Jed Taylor,  (regretted very much not being able to steal one of his mini raptor sculptures), Steve White,  Filippo Bertozzo, Joschua Kruppe, James Pascoe, Dougal Dixon and many more… and we had to select some paleoart done in the workshop for awards…it was s difficult selection in general… some  people are already showing their extraordinary talents. 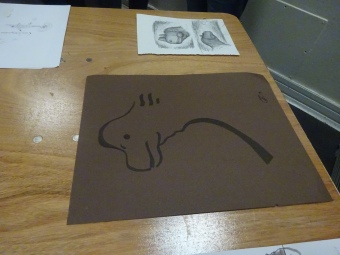 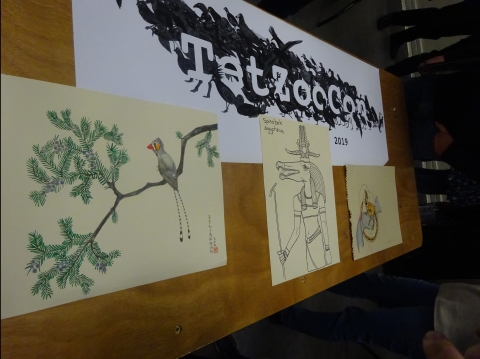 Obviously, everything was expertly covered by Georgia! even her pet Graptolites… what was that doing in a Tetrapod Zoology meeting?

So perhaps se3ee you next year again? Who knows!