When Cardiff went an extra mile for Hatching the Past (Dinosaur Babies)! 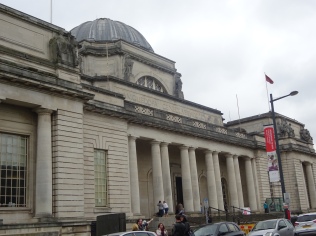 I frankly thought that, after seeing so many settings of Gondwana Studio’s  Hatching The Past I was never going to be surprised by attending  yet another opening… boy was I wrong! First of all the team of the Museum of Wales decided that our exhibition was as important as it should be,  really worth the wonderful settings of the museum, and organised an opening event to remember… A labour of love. Children swarmed everywhere (obviously)  and were treated to music, theatre, pantomime dinosaurs and even a short introductory video that showed the reason of the enormous dinosaur footprints you had to follow to get into the museum AND avoid the broken column and statue that left that violent entrance of the pesky Tarbosaurus  of the exhibition! 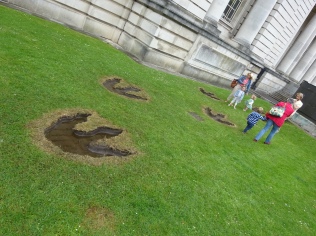 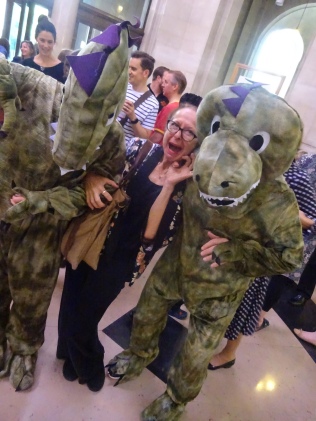 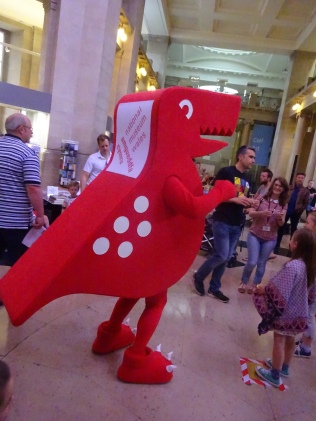 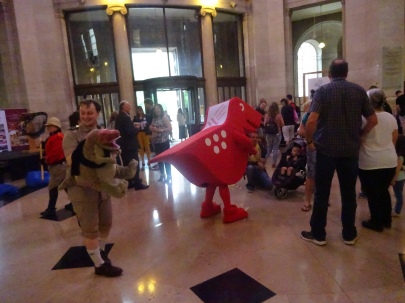 The drama was perfectly set for the general enjoyment… and Carmen and I felt privileged to see all my familiar pieces with the wonderful casts of Peter Norton in this  luscious, spacious setting. The dramatic light enhanced the specimens and enormous murals… different from any previous Hatching The Past events… 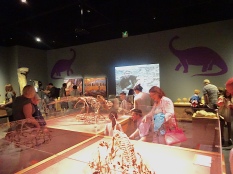 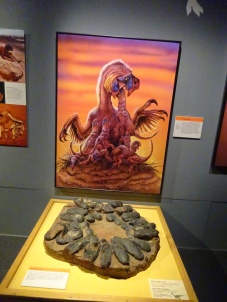 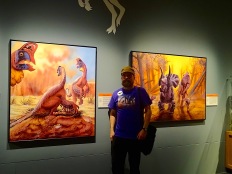 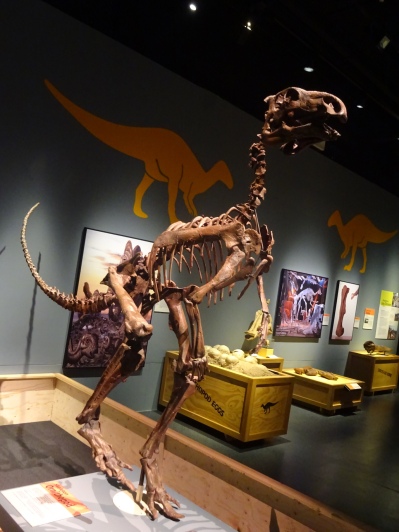 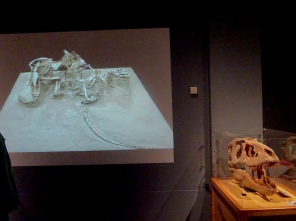 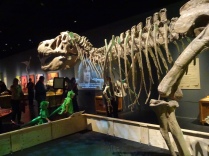 For us  adult attendants there was an extra surprise: they have on loan the ORIGINAL, almost legendary,  Therizinosaur eggs with embryos marvellously prepared by Terry Manning! We almost fainted at their mere sight (first time for me)… the detail is astounding and the preparation exquisite.  All this tells you a lot: not only regarding the great work  and efforts of the team at the Museum of Wales, but of the versatility of the exhibition itself, enhanced by the guests of honour: the original Therizinosaur embryos.  Don’t miss it this time either… everybody should enjoy the enhanced Hatching the Past once again, and again!

Many thanks to our hosts headed by the gracious Cindy Howells, that took us in a general tour of the museum and its vaults, filled with hundreds of thousands of precious specimens, from gigantic ichthyosaurs to microscopic algae … it included even 1830’s Henry De La Beche original drawing of Mary Anning’s fossil reptiles! 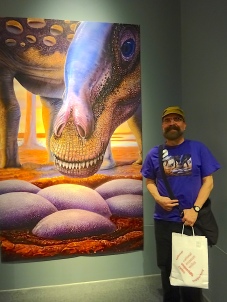 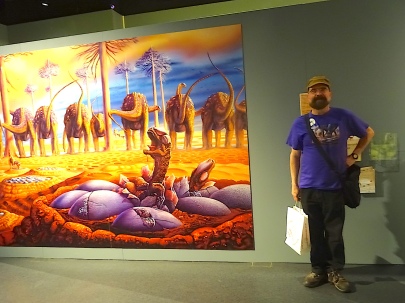 2 Responses to When Cardiff went an extra mile for Hatching the Past (Dinosaur Babies)!