The City of Albury is a local government area in the Riverina region of New South Wales, Australia DinosaurRevolution at Albury City and it has become home of the debut of  the efforts of Gondwana Studios and myself in this very ambitious project… and that might be calling to your city one of these days!

It has take us two years and (specially) the enormous efforts and dedication of Peter Norton,  that has also entrusted me as curator and illustrator of this project… you will never see the chronicle of the evolution of dinosaur skin the same way anywhere!  From  sclaes,protofeathers, to quills, to spikes, to feathers and the arms race that only one group of dinosaurs would win! 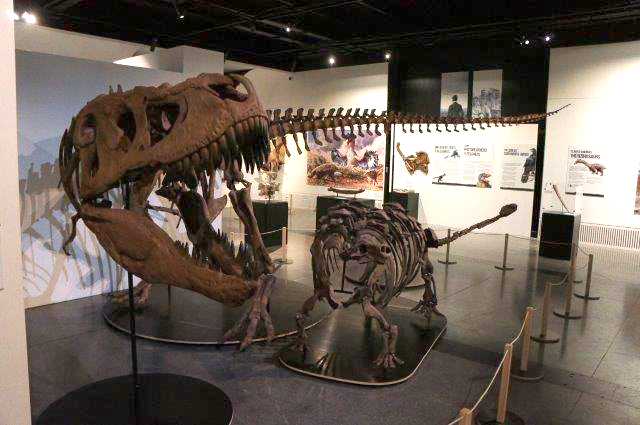 We have gone to painstaking efforts to gather as many notorious specimens as possible. Unfortunately the venue space hasn’t allowed to mount all the specimens and have them in the order I originally envisioned. But we do have casts of Heterodontosaurus,  Archaeopteryx, Anchiornis, Sinosauropteryx, Caudipteryx, Confuciusornis, Microraptor and the famous quilled psittacosaur…

And direct from our friends in  Lyme Regis, a cast of the most complete Scelidosaurus to date ! 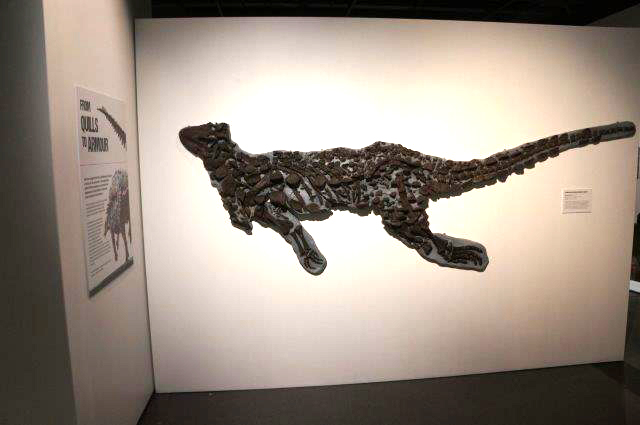 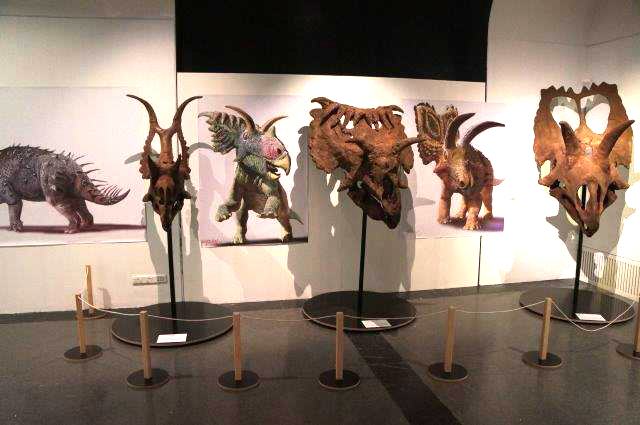 My ambition was to have life-size murals together with the wonderful specimens specially mounted and artfully finished by Peter Norton,  but we will have to wait until the next time. Still it looks wonderful.  Peter managed to include all these ceratopsian skulls , Saichania (including the tail club), Oviraptor, a Velociraptor hunting Avimimus, the arms of Deinocheirus and even Nothronychus…  and of course the tour-de-force, the peak of the arms struggle, the final collision of Ornithischia and Saurischia: Tarbosaurus vs. Talarurus! Only the descendants of one group would survive until now. 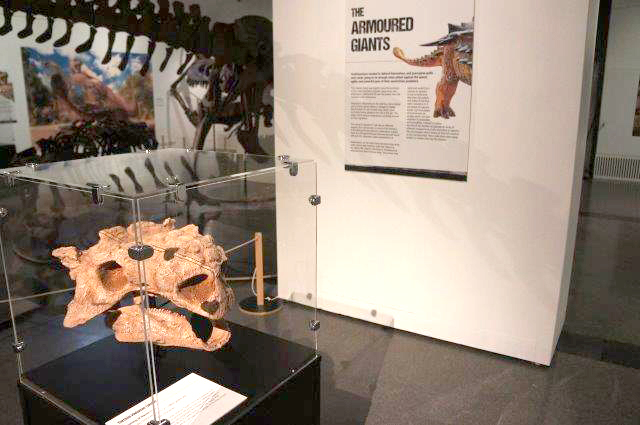 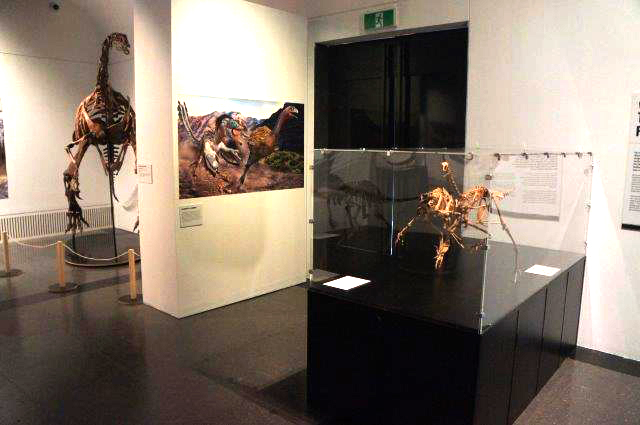 But what is really a novelty of this exhibition is its focus: we are aiming to show wider audiences a novel approach to understand the evolution of the Dinosauria and the triumph of one of its branches thanks to taking to the air using its peculiar skin structures: the birds’ feathers.

The exhibition is available for hire, with the potential of of using much more material  depending on the space (Including Pachycephalosaurs, Stegosaurs and even more Therizinosaurs and Ankulosaurs) … For more information  please do contact Peter Norton at  Gondwana Studios  for a PDF leaflet… or myself. Spread the word!

Expect more news  (and better pictures) about it in the very near future.