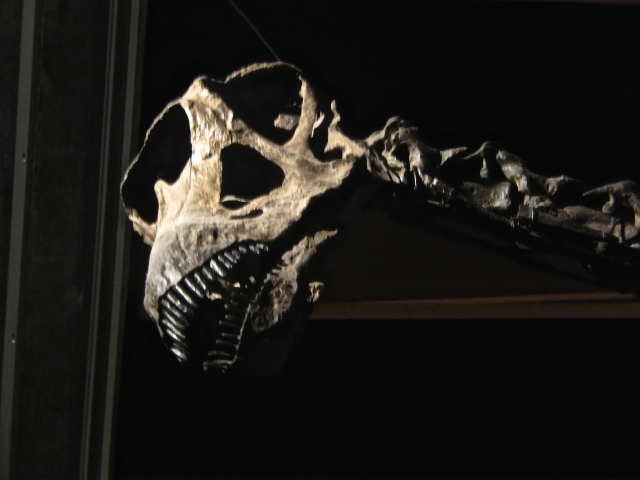 Copenhagen last week and under Misty, the famous Wyoming Diplodocus shadow…. The first thing that struck me is how passionate and interested was my Danish audience about Dinosaurs. I felt at home immediately delivering my “Bringing Dinosaurs Back To Life” talk to an overwhelming response of a mostly youthful audience… I had to effortlessly divide the talk in two following the .pattern of the Wine And Science event, and they would come for more in between and afterwards!

If that wasn’t enough, I had a rather exhausting session with children a couple of days later… I finished off more than 80 dinosaur pencil sketches on request so my eyes were almost gone at the end… it was worth it, the kids appreciated it very much… although I must admit I’d like to have offered better quality sketches!. 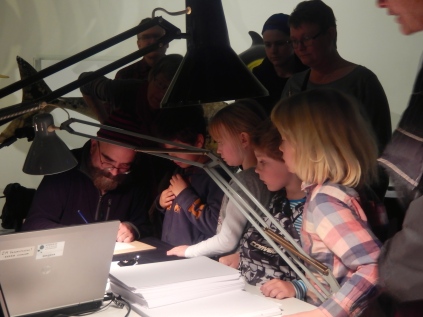 In view of this success we debated for a while on the future of the very slick and beautiful  Natural History Museum of Denmark, currently in crisis like most cultural institutions in Europe. The motive? Lack of money! Governments are not paying enough attention to the precious cultural resources and the dedicated staff are feeling the heat… with such uncertainty in their future I don’t think  a creative balance can be achieved.

We also debated the format, aims and reason of a Natural History Museum for the future. Is it Art? Is it entertainment? Is it didactic? I think it is all that and more and it’s part of a wider, global debate… but a Science  Museum is not specifically about”Art”. Dinosaur skeletons should not be considered “works of Art” with arbitrary, inflated market  values for “prestige”, even if that is the intention of many private collectors.  Adding prestige value to “real” fossil bones is dealing with market capital  that converts valuable scientific information (that should be for everyone) into a purely commercial fetish enterprise. How about investing in prestigious palaeontologists instead and purchase some accurate and excitingly mounted casts that are cheaper?   Casts nowadays are cheaper to handle (real bones are fragile and brittle), they are just as accurate and the mounting itself can be more dynamic and  much closer to the right anatomical posture. After all, not even their proudly mounted beautiful Diplodocus is fully complete at the level of “real” fossil in the installation. 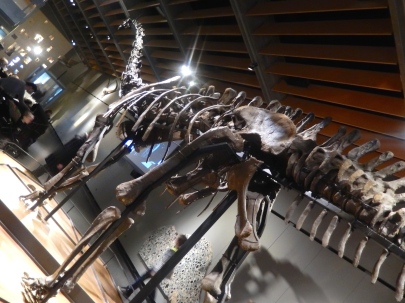 And what about the”Entertainment” factor…? Important of course! Good exhibitions  and events attract enormous audiences as  was proven here. But there’s also an important didactic responsibility . The narrative is vital. Whatever a museum offers to their audiences needs to be carefully researched. The “how you are showing” is important but much more the “what you are showing”… a new argument that has surfaced is that murals  fleshing and depicting the mounted skeletons  stifle the imagination of the museum visitors… this is plainly absurd. Just  how many people’s imaginations were fuelled by Zallinger’s  Yale mural in the 50’s… or will be fuelled by the massive Julius Csotonyi murals at the new L.A. Dinosaur Gallery?  Children feel at home recreating themselves as Oviraptors surrounded by my murals at the Hatching the Past displays in the USA. People want to be entertained AND informed… and “Paleoart” is fulfilling that function! These topics may be seen as topical or unimportant, but they were very important for the hard working Danish.

At the end I managed to get one of the  best compliments anyone has given me in a long time: “We are not afraid creativity…we are not afraid of you…” I felt definitively at home! 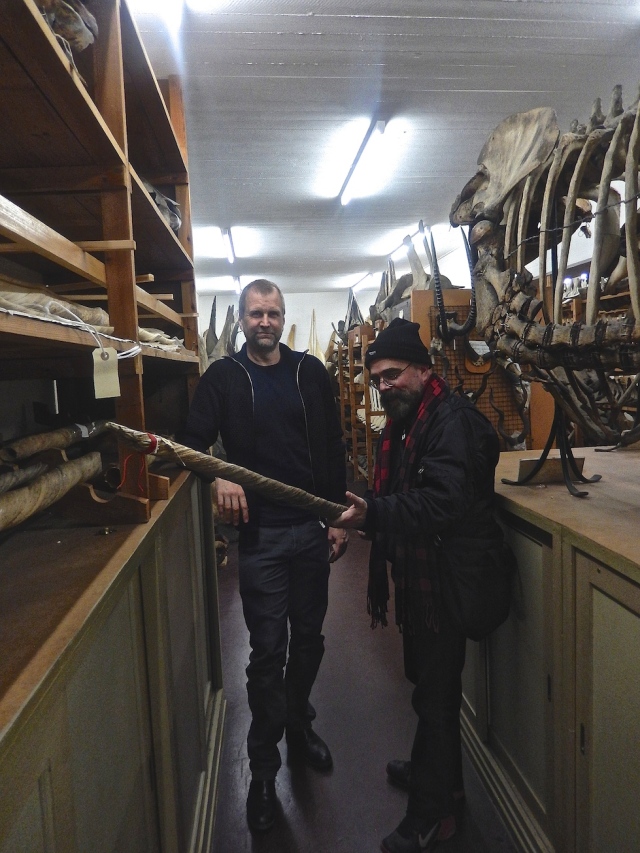